Is the volume of tissues preserved after injection of Activegel? 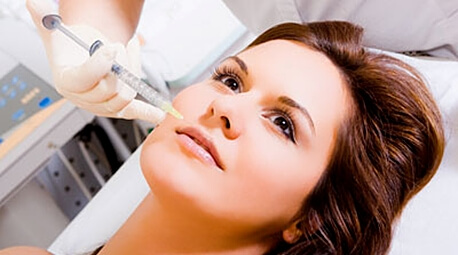 The quality of the contour correction drug is determined based on the following main factors:
• hypoallergenicity (absence of components that can cause irritation)
• safety (absence of GMOs and carcinogens)
• quick adaptation and regeneration period
• no reaction to temperature (the material should not spread or become lumpy)
• good interaction with similar drugs
• prolonged (but not permanent) effect after use

Activegel meets all these points. However, the last item on the list deserves special attention, because the question “How many months will the volume be maintained after the injection?” worries the majority of patients.

Our drug has high efficiency, and the increased volume after gel application is preserved from six months to several years, depending on the amount, place and method of administration (injection, gel implantation). Firstly, it will allow you to save you money considerably, because each correction procedure costs money, and, secondly, it minimizes the discomfort caused by medical procedures. In other words, it is possible to say about Activegel: “I forgot about it as soon as I applied it”!

Studies have shown that the drug lasts for a long time in relatively static places (that is, where there is no active muscle movement). But in mimic zones – in nasolabial folds and between eyebrows – resorption occurs more quickly.

How much volume can you achieve with this drug?

It all depends on your choice. For example, in the case of mammoplasty, the filler adds a maximum of 1 size, but implants will make your breasts substantially larger.

It should be borne in mind that the volume of soft tissues immediately after the application of the gel will be slightly different from the desired one (sometimes even 30% more than expected): in the first days there is small puffiness which subsequently decreases. A sensation of swelling may appear, but this is quite normal as the body is getting used to the presence of foreign matter. It is clinically confirmed that due to the balanced composition, absence of components of animal origin and stable gel structure, the drug is well tolerated and the adaptation period is rather short.

Why should the result of applying the gel remain for a long time but not for good? Sometimes there is a desire or need to remove the filler from the body and this should not be a problem. If you decide to correct the body at the site of administration of the substance you can easily remove it.

Do you want to keep beautiful shapes and well-being for a long time? Use Activegel – the material of new generation. It’s safe, convenient and fast!